Discomfort in your throat doesn’t only come as a result of vocal strain, but can also be a symptom of common conditions such as a cold, cough and sore throat. Vocalzone can help by soothing the discomfort in the throat which can be one of the symptoms of the below conditions.

The information on this page is provided for reference only, and in any case of uncertainty, it’s always worth consulting with a doctor who can offer you personalised medical advice.

A cold is one of the most common viral conditions that can affect the nose, throat, sinuses and upper airways. Some research suggests that adults typically get 2-4 colds a year. It’s worth noting at this point that there is no cure for a cold, but that you can get quickly back on your feet in little to no time with some self-care at home.

You’ll normally begin to feel cold symptoms shortly after contracting the virus, the most common of these symptoms include a runny nose, a blocked nose, sneezing, a scratchy throat and cough, and a reduced sense of taste and smell.

A typical cold lasts for a week or two. See a doctor if symptoms don’t improve or if they worsen. You can help reduce the discomfort by resting and keeping hydrated, also by using decongestants (such as Vocalzone) to relieve the blocked nose symptoms and menthol sweets (again, Vocalzone!) to soothe any throat discomfort.

A cough not only can be the result of a viral infection, but can also result from smoking, and in rare cases can be the first indications of a health condition that can cause a persistent cough.

As with colds, your natural defences are able to fight a cough, as it’s usually a viral infection. The effects of a cough on your throat can include dryness, discomfort and hoarseness which is where Vocalzone comes in. It’s been formulated with active ingredients to help counter the irritation a cough can have on your throat, whilst allowing your natural defences to eradicate the infection.

Although a sore throat is commonly associated with colds and coughs, it’s possible to just have a sore throat. For the vast majority of us, research suggests that we will feel these symptoms at least once a year. There are two types of sore throat; bacterial and viral, with the latter accounting for approximately 90% of all diagnosis.

A sore throat is how our bodies combat infection. All sore throats result from inflammation which show that our bodies are fighting off an infection by producing its army of antibodies.

Generally speaking, sore throats can be treated by our natural defences, and medicine can actually have a negative effect if it’s formulated to treat an infection. Rather than treating an infection, it’s worth just easing and soothing the discomfort caused by the inflamed capillaries (you guessed it…), and seeking medical advice if the condition persists after a number of days.

What People Say About Vocalzone 'I Want The Word To Get Out That Vocalzone Are The Best Throat Pastilles In The World.'

'I’ve got one in my mouth right now - they’re vocal lozenges that were made for singers. A fella put me on to them in the ’60s. When Kelly Jones came to see me in Cardiff for the first time, he saw my Vocalzones and said: “Wow, I never go anywhere without these things!” And then the singer from Kings of Leon said: “Do you use Vocalzones? I do too!"' 'I've tried so many other things for my voice, but these are all you need. I remember the first time I had a Vocalzone pastille before a show, I felt such a boost in performance and confidence.' 'Vocalzone are a total life-saver for me - with the amount of touring I do, I really need to take care of my voice, and it's inevitable that from time to time I have rough days. Vocalzone always comes through for me on the day and lets me play the best show I can.' 'When I am getting ready to leave for a tour (or a recording) I ALWAYS make sure I pack few boxes of Vocalzone to take them with me. The effect they have on my voice it is unbelievable. I almost feel like I have three times air capacity in my chest while I sing and my throat doesn't get dry at all. Plus, the pastils taste good too! Highly recommended.' 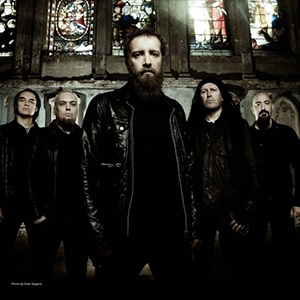 'I wouldn't do a show without Vocalzone, nothing else comes close. They make a huge difference when talking in interviews, singing and even growling!' 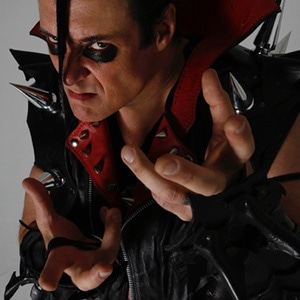 'Vocalzone takes the edge off and gives you confidence when your voice is battered. The Misfits perform 40-50 songs in 90 minutes... It's nonstop singing. I use a Vocalzone pastille right before we perform and it works great!' 'As a touring a cappella group, we're nothing without our voices! Vocalzone have come to our rescue on many occasions.'

'I always use Vocalzones before a performance. I find they really help with the clarity of my voice.' 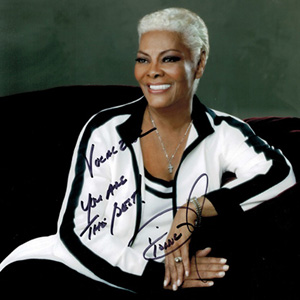 'I was introduced to Vocalzone while on tour about 10 years ago, and was amazed at how that tiny little pastille was able to take care of the vocal problem I was having at the time... I am never without them and have told many of my friends in the business about this "LITTLE MIRACLE PASTILLE"... Take it from someone who knows, "IT WORKS"' 'We use Vocalzone for every rehearsal, recording session and live performance. It truly keeps our voices at their absolute best and gets us through our demanding tour schedule, night in and night out!'

View All Our Celebrity Users

Save money and hassle by ordering a subscription.

Browse our blog for music and entertainment news, exclusive Live Sessions and Vocal Care tips & exercises from the V-Team.