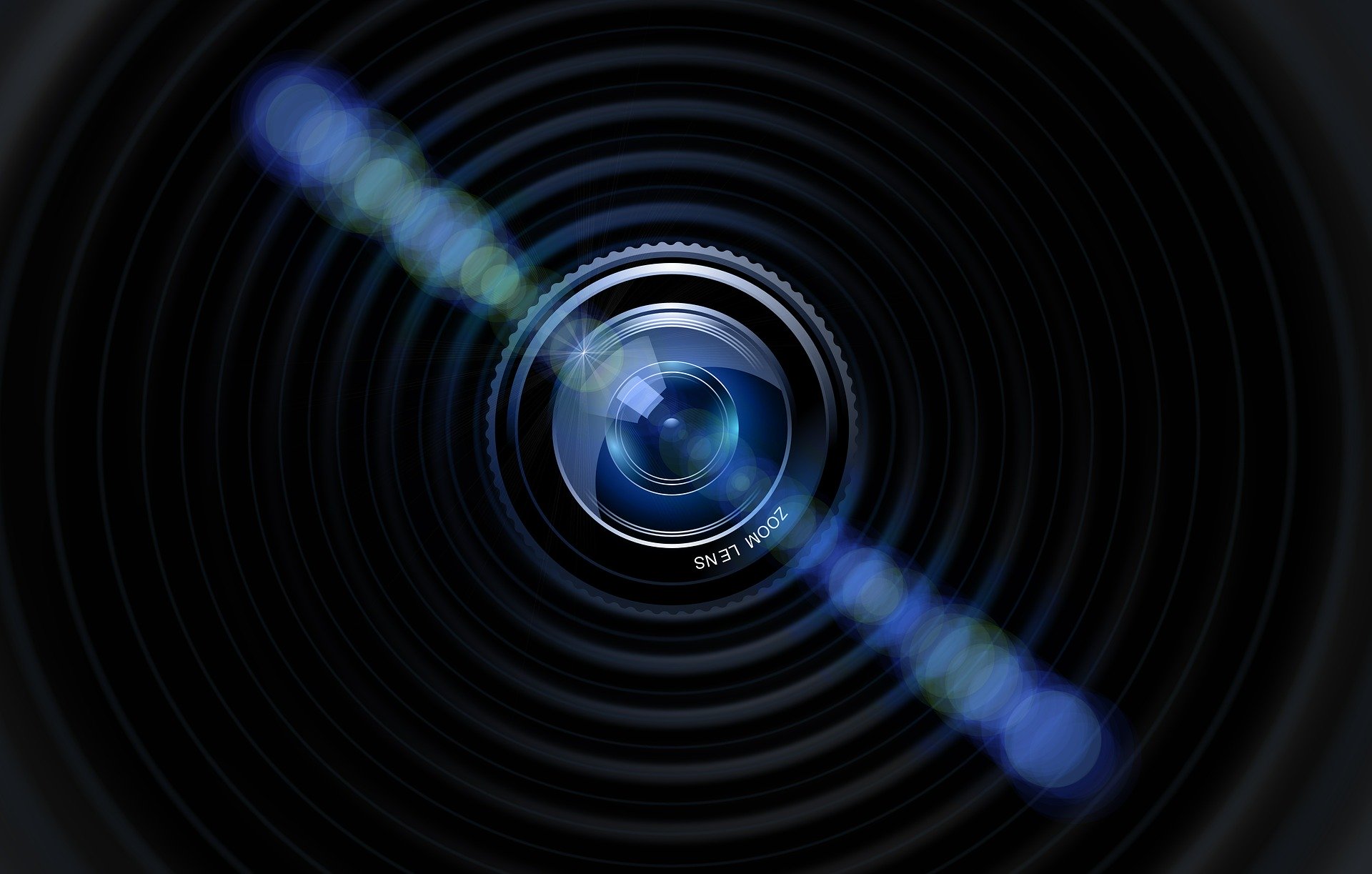 Any artist who performs for a living will tell you times are tough right now. The financial implications of self employed artists not being able to do their work is heartbreaking, especially for the thousands of acts that are reliant on their music as their sole source of income. Similar can be said for the adoring fans, though for them their anguish is more emotional. Some of whom have been waiting for months if not years to catch a glimpse of their favourite act live in concert, for it to then suddenly be swept from under their feet, with no sense of control to change the situation.

Yes, postponements have been muted for some shows, but it never takes away from the disappointment felt on both sides of the stage with multiple tours, festivals and shows being cancelled or postponed with no new date in sight. The mental, financial and emotional implications are being felt now and artists are having to diversify the way they reach their fans, and potential new fans in these ever changing times.

If there is one positive for artists that can be excruciatingly extracted from this crisis is the fact that you have a great opportunity to reach a highly engaged audience who are stuck at home and itching for something new to entertain them. That could be you. It’s been very clear that social media channels with live stream functionality have actually thrived in the current climate. In many ways, it’s another means of having interaction with another human, and for many it feels so much more real, because it is live; in the moment. Take a look at TikTok, and it’s ever growing user base, or the plethora of live streams popping up on Facebook, Instagram and Twitter – we’ve had the likes of John Legend, Keith Urban,  and Code Orange perform their music live and online; more often than not, from the comfort of their own living rooms.

It’s quite ironic really, as back in 2019, artists were actively discouraging the use of mobile phones and social media  at a live performance, and for what it’s worth I think that’s a valid thing to discourage. There’s nothing better than watching a live performance, and it’s always enhanced when it’s not through the screen of a smartphone. Now we’re turning to mobiles and other connected devices to help artists keep in touch with their audience. Crazy what a couple of months can do, huh?

It’s not just the music world who are adapting to change.  The Stage are actively reporting on the many musicals and theatrical acts who are looking to live stream their performances. Take for example the Hampstead Theatre who will be streaming a performance of ‘I And You’ starring Maisie Williams (Game Of Thrones) for free on Instagram. The West End have also announced their new  ‘Leave A Light On’ series. This will see multiple stars from the West End perform three 45 minute sets a day , as another means of reconnecting with their fans and audiences. We’re only just scratching the surface of what’s going on in the world of performance right now…

Though this explosion of the live streaming was somewhat born out of necessity, the actual concept has been around for many years. Maybe now it just feels so much more prominent where other means of communication are restricted. The beauty of it all is that ANYONE can live stream. You don’t need to spend loads of money on expensive equipment, and the platforms for streaming are largely free to use:

Facebook has been allowing users to live stream content since 2016. The likelihood is that if you’re active on Facebook, you’ve come across a stream as it’s really nicely embedded into the main news feed. Live streaming on the platform has allowed artists from all backgrounds to stream their shows, teasers Q&A’s and tonnes of other ingenious (and slightly obscure) content. The whole conncept of live streaming  baffled at first, and took some time to be adopted by professionals of all backgrounds, but has become a staple to any marketing strategy – and let’s be honest, we’re all talking about marketing yourselves here. The concept breaks the barriers of realtime interaction that magazines, blogs and social media posts just simply couldn’t do before. In our opinion, Facebooks live streaming offering isn’t great for growing your audience, unless you have a sizeable budget to support the stream, but it’s highly effective at engaging with existing fans on a social media platform they’re likely to be furiously scrolling through whilst at home. As with most of these live streaming solutions, all you really need is a smartphone with the Facebook app installed, and it’s a simple process to get started. Just click on the Live button and you’re away. Naturally you could always enhance your set up if you have means to do so, and there is plenty of help online to help you get started.

Whilst Twitch is mostly used by the gaming community, where artists live stream their gameplay across an array of platforms, we’ve seen user content increasingly diversifying and broadening over recent years. Amongst the traditional broadcast, we’ve seen live music, gaming marathons, plenty of slapstick humour and a deeper dive of Reddit will reveal some slightly more obscure occurrences which have all taken place during a Twitch live stream. It may not be as accessible to some artists due to requiring a more robust set up, but in all honesty, most artists have access to a webcam and microphone via their computer; it’s more being a gamer which could limit your ability to harness the value of the platform. If you’re someone who enjoys gaming, you may find Twitch a great way to build a new audience, and we find that streamers build seriously loyal fanbases within the platform. The split screen mechanic allows you to have a more diverse stream, where you typically have a user in the corner of the live broadcast of their gameplay, though there are plenty of different set ups that streamers opt for. Be warned, this isn’t the channel if you’re looking to do a quick 5 minute live update. Most streams go on for hours on the platform. Get your Vocalzone ready!

Instagram is a perfect channel for live streaming. Aside from the industry reports which suggest the platform is the fastest growing of all social media platforms, Instagram is visually pleasing, and content seems to reach a broader net of potential fans due to the way that it uses hashtags and keywords to curate content for its users (alongside the following mechanism most social platforms have). IGTV is a great platform to share content within. With a mobile preferred set up, videos are best filmed vertically as opposed to the traditional landscape set up of most videos. It also allows users to embed pictures which give you a real opportunity to experiment and explore new media.  We think that IGTV hasn’t quite reached the popularity of other live streaming solutions mentioned above, but that in itself is a great opportunity where Instagram will actively be looking to assert itself in this growing trend and is likely to prioritise live content to increase their platforms exposure.

Possibly the most over looked live streaming channel for many, with YouTube being the oldest platform of all that we have mentioned in this article.  It does provide artists an excellent channel to live stream to. If used properly, YouTube can be arguably the most beneficial in terms of keeping your revenue streams up; a survey shows that 70% of the audience make a purchase of some kind from what they watch on YouTube giving you an idea of its influence. The likelihood is that you have previously uploaded content to YouTube, so including live stream content and having its recordings available for replay within your video libraries is another way to keep populating this channel. We find that whilst it’s not seamless, it’s also the best media to share a live stream across multiple social media channels and embeds the best out of all options, where most social media platforms see YouTube as a complementary service as opposed to a direct competitor. Furthermore, they offer some cool features such as Super Chat and the functionality to add pre roll adds and ads during the live stream to help monetise what you’re doing.

Ultimately, this is just scratching the surface of the available solutions, and we will be looking at solutions like Tik Tok which have exploded in recent months in far greater detail in forthcoming articles. If we could offer you a piece of advice, we’d probably say that if you’re going to live stream, you may wish to stream to multiple channels concurrently. If you have the technology around you, all you need to do is set up multiple devices to stream to different channels at the same time, allowing you to cast your net far wider in terms of engaging with your existing fans, and forging new ones. Just make sure you test before going live! The last thing you want is a failed stream because your internet is unable to cope with the additional bandwidth requirements.

The Vocalzone Guide to Managing Stress